There is a UK government initiative to help unemployed people start up their own businesses. It is called the New Enterprise Allowance. This sounds like a great idea. People with ideas and skills are given the means to set up a business and start making their own success, allowing them to come off benefits.

But then this sort of thing crops up- 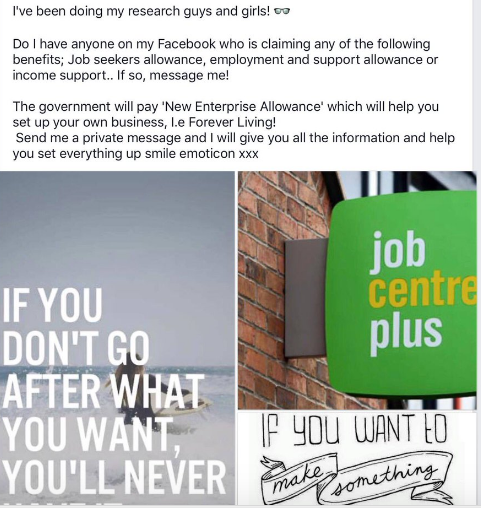 A Younique bot is trying to persuade unemployed people to get an NEA so they can join her.

Here’s someone from Maelle spouting the same type of thing. She wanted unemployed people to join her by using this money. This was before Maelle started trading. And before they had to stop trading because of a court order.

Timeless Vie have more examples of these types of posts.

You get the idea.

I have some concerns about these claims.

This official government website has all the rules and details about the scheme. Here is a snippet-

Most MLMs state that the reps are self employed and work for the company although they tend to go to great pains to explain they are not employers. There is no doubt though that MLMs are big companies and the reps work for them. It is not really their business that they are starting from scratch.

Would the DWP be brought into disrepute if it was discovered they were funding people to embark on a scheme where they were 99% likely to lose money? I would like to think so. The document states on page 9 that people will be refused if their proposal does not stand a “reasonable chance of success.” MLMs do not pass this test.

I found this promising reply on a business forum to someone asking if NEAs are a good thing.

2. What actually happens to someone embarking on this scheme?

They apply to the Job Centre.

Their business idea is assessed by a business mentor who assesses the viability of the plan. A business plan is made where income and outgoings are taken into consideration.

If accepted, the person has to stop claiming their normal out of work benefits.

The person starts trading and registers with HMRC.

These payments are not counted towards housing benefit, income tax, tax credits or universal credit.

After this time, it is expected the person will be supported by their new business. Are people able to earn a living from MLM schemes? The short answer is NO. A longer answer has been given by Robert Fitzpatrick, Pink Truth, some ex-MLM victims and Lazyman and money.

So now, the person has no unemployment benefits and they are expected to be supported by their ‘business’. Which will not be earning them any money. They will be in a worse position than before they applied for the NEA. It is disgusting that people are being conned into falling for this trap.

3. How many people have joined an MLM with one of these grants? And how many have applied and been rejected?

I have asked the DWP for this information under the Freedom of Information Act on 6th March 2017. I’ll let you know what reply I get. I’ll be waiting with baited breath.

If anyone in an MLM has had one of these grants, please let me know. I will be very interested to hear what happened. Someone on Twitter claims to know some who have. I have asked her for details but she has not replied.

4. Do the bots that are promoting the NEA know that it will likely put the applicant into a desperate situation?

We know that people considering MLM are usually desperate. If someone is on benefits and considering doing this, it can be assumed that they are desperate. Let’s assume they are over 25 and receiving £70.10 in JSA. If they apply and are accepted (doubtful they would be), their income would drop to £65 a week for 13 weeks and then £33 a week for the next 13 weeks.

They would need to take out a loan to cover the costs of setting up their ‘business’. They would need £200 for the start up kit and then a bit more to cover some costs- product parties, online advertising, business cards etc. Let’s assume a low £200 for the basics. They will probably have been told by their upline that the costs are low. The calculation below shows how much those payments would be if it was spread over 3 years. The smallest timeframe where it might seem affordable. 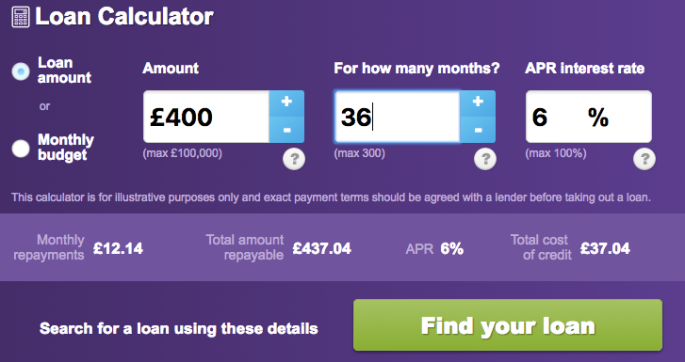 Once they have been enrolled on this scheme and seen their benefits drop off to £0 they are then reliant on their non-existent MLM income. And they’ll have a government loan to pay off.

How do people sleep at night after potentially sending people down this path? There are a few explanations-

a. They truly believe somehow, against all the evidence, that someone can earn an income from the MLM. They presumably would vet people to make sure they understood what you have to do to succeed and that they understand how unlikely it is that they will earn money easily.

b. The upline does not understand the process and really thinks that it is just a case of ‘popping down to the job centre’ for a bit of extra money to cover the cost of the start up kit. If this is true, it is absolutely insane that they can suggest people do this if they don’t even have a clue what they are proposing. Even a brief internet search will show what is involved.

c. The upline knows what will be involved and know that the person will fail.  They don’t care because it means they will get a bonus/ more team members for a while and their own income is increased for a bit.  This fits in with the common practice of uplines advising people to take out bank loans.

This MLM website  (pointed out to me by David Brear from ‘MLM’ The American Dream Made Nightmare) tells people to borrow from friends or family or get a bank loan for the start up fees. It notes that

Best to borrow from family or risk everything through a New Enterprise Allowance then.

Hopefully no one is able to progress their application through to actually losing it all on this risk. I will keep you updated.

I welcome any comments or information, especially if anyone has any details on people successfully applying and doing well in the scheme. I would also like to hear from people who have been encouraging this applications and hear their explanations.

Someone on the Mumsnet BotWatch discussion thread (Mumsnet, money matters, bot watch) has already asked the DWP some questions about the NEA and MLMs in March last year.

Unfortunately, the DWP replied, saying they didn’t hold that information. That was in March 2016. I will endeavor to find out the information somehow.

One thought on “MLM and the New Enterprise allowance”

How to spot a pyramid scheme

What to do when family are in an MLM